Want to know what “Bestfriend ki Girlfriend” is about? | Alright!| Youtube 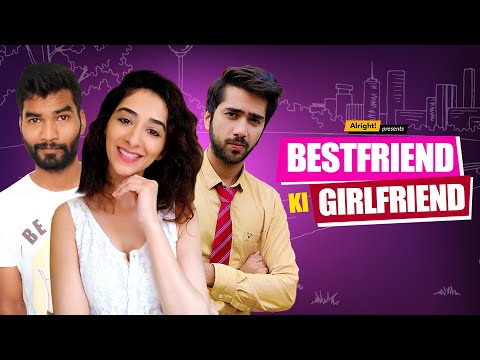 Do we have any advice on women? Obviously yes! If you are a boy who wants to understand girlish things, then you are in the right place. If men come from Mars and women from Venus, there will also be a reason. You may have wondered what it means when a girl does this or that or says one thing or another. Of course there is no answer that applies to all, but the girls think and act and in a different way from the boys.

It is known that the two genders do not always see reality in the same way.  Girls and boys think very differently on many different themes, from football to romance, passing through the way of dealing with everyday problems. Among the many topics on which “the two planets” are not aligned at all there are also the things that women consider nice and sweet and that men hate.

Girls don’t like to explain what they want and what they act like is not they mean actually. Men have always failed to understand some habits that women consider normal. Men and women belong to the same species, but they see differently because the process of gathering information that reaches the cerebral cortex is different. The male retina is thicker for example. In the collection and judgment, formulated through specific brain processes, the two sexes differ greatly and this also explains the group dynamics.

Women really like to spend hours on the phone, while boys, even if they make a lot of calls, are often more likely to be quick. Two worlds that do not touch, and do not understand each other! It is really hard to catch the right signal from a girl because you don’t know if she is really interested in you or is it is normal for her to flirt or being frank to a guy. Similar case is with Aman, the main protagonist of the video “Bestfriend ki Girlfriend” which is just posted on “Alright!” YouTube channel. The video is full of entertainment and the actors have done a great job.

What’s in the New Video?

In the video, Aman comes across with a girl Naina through his bestfriend Rishabh. And Naina is Rishabh’s girlfriend but Rishabh introduced her to Aman for Naina’s photoshoot because Aman provides DOP to photoshoot projects. Both Aman and Naina starts talking to each other via video chat regarding their photoshoot and become friends. But as I told you already up there that men don’t understand women and similarly here, Aman starts to catch wrong signals from Naina while she is just being friendly to him which is quite normal for her because she has a friendly nature. But because Aman misunderstood Naina, he tells everything about how Naina is getting closer to him. Thereafter, Rishabh adds Niana in the video chat right away and tells Aman to confess everything. But Niana gets shocked that how Aman misunderstood her and clears everything to Aman, which makes a quite hilarious situation.

Although the video is just posted on the Youtube channel “Alright!” and all the alright squad has done a great job. The channel always post great content like their hindi web series “Bestfriends” which is loved by the viewers.

Why should You Choose Handmade Jewellery?

A billing software is more than just making online payments

How to earn the bitcoin and its uses?